As wel as displays presented by the HTPAA as a group, a number of members take the opportunity to display tools from their personal collections as a way of giving the public an opportunity to see a range of hand tools and gain a better understanding of those who used them and how they were used.  Treveor Semmens, an HTPAAA member from Tasmania is a very good example of the individuals who take the time to present a personal display drawn from thier collection. In Trevor's case, this is particularly valuable because it allows members of the public who generally aren't able to visit a regular HTPSS display event, to see a sellection of traditional tools. 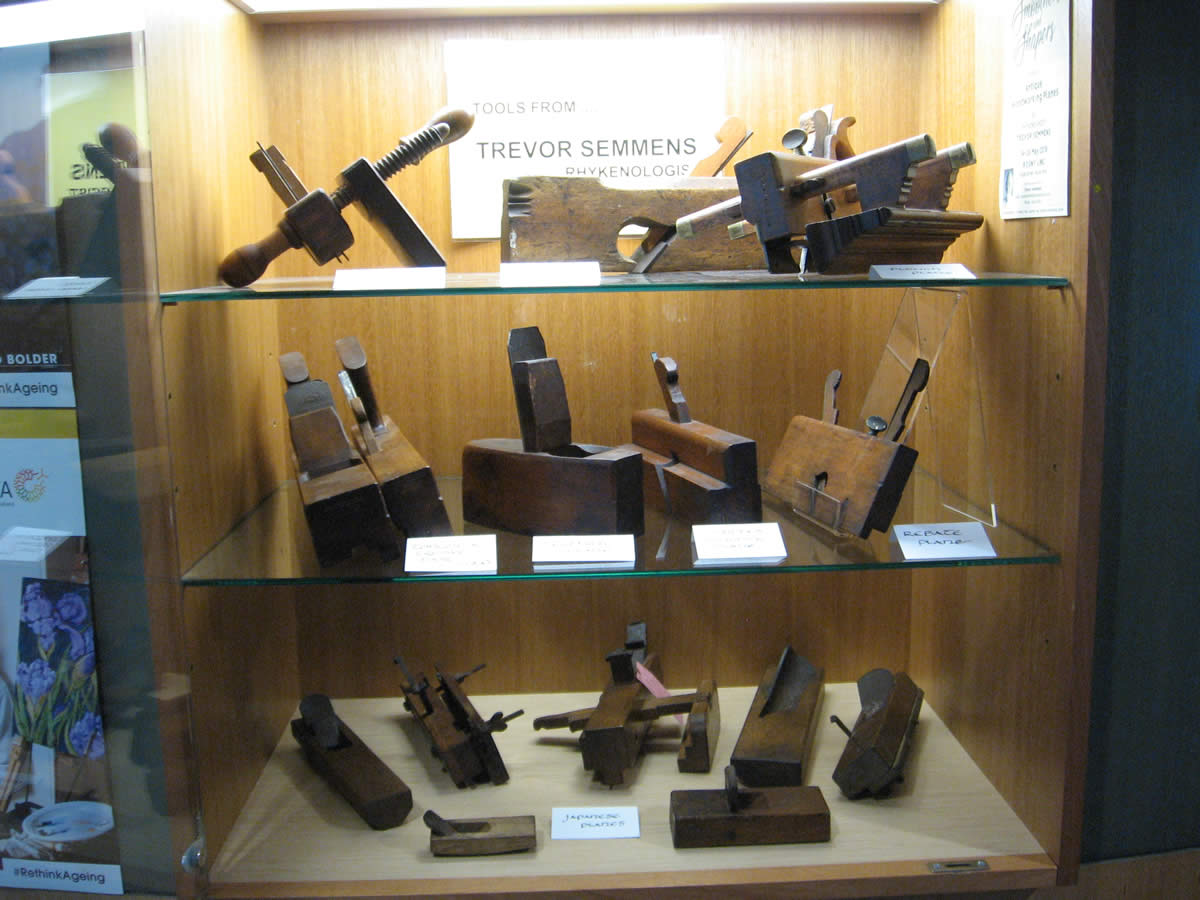 Trevor Semmens is a self-described Rhykenologist - one who collects and studies woodworking planes and has an excellent collection. As part of his collecting Trevor likes to share small amounts of his collection with the public from time to time. So, since 1990 he has had a number of small displays. All have been for free as the venues he has used have been only too happy to have someone use their spaces.

The first display was in the foyer of the main Hobart Library in 1990.

This was followed by displays at Forestry Tasmania's headquarters in 1998 and 2003.

In Tasmania now the local libraries are much more than libraries. They are the venues for a number of other groups of people using the centres. For example, School for Seniors, U3A, Aging Group, young family activities and various meeting rooms used by various other 'hirers'. As a result, a lot of traffic goes thru these libraries. At times Trevor sits near the display so that he has the opportunity to talk to people and he usually have a few extra items with him to show up close and tell people about them. It then becomes an interesting and sharing time, with many comments of amazement at the range of tools, their history and craftsmen used these tools. 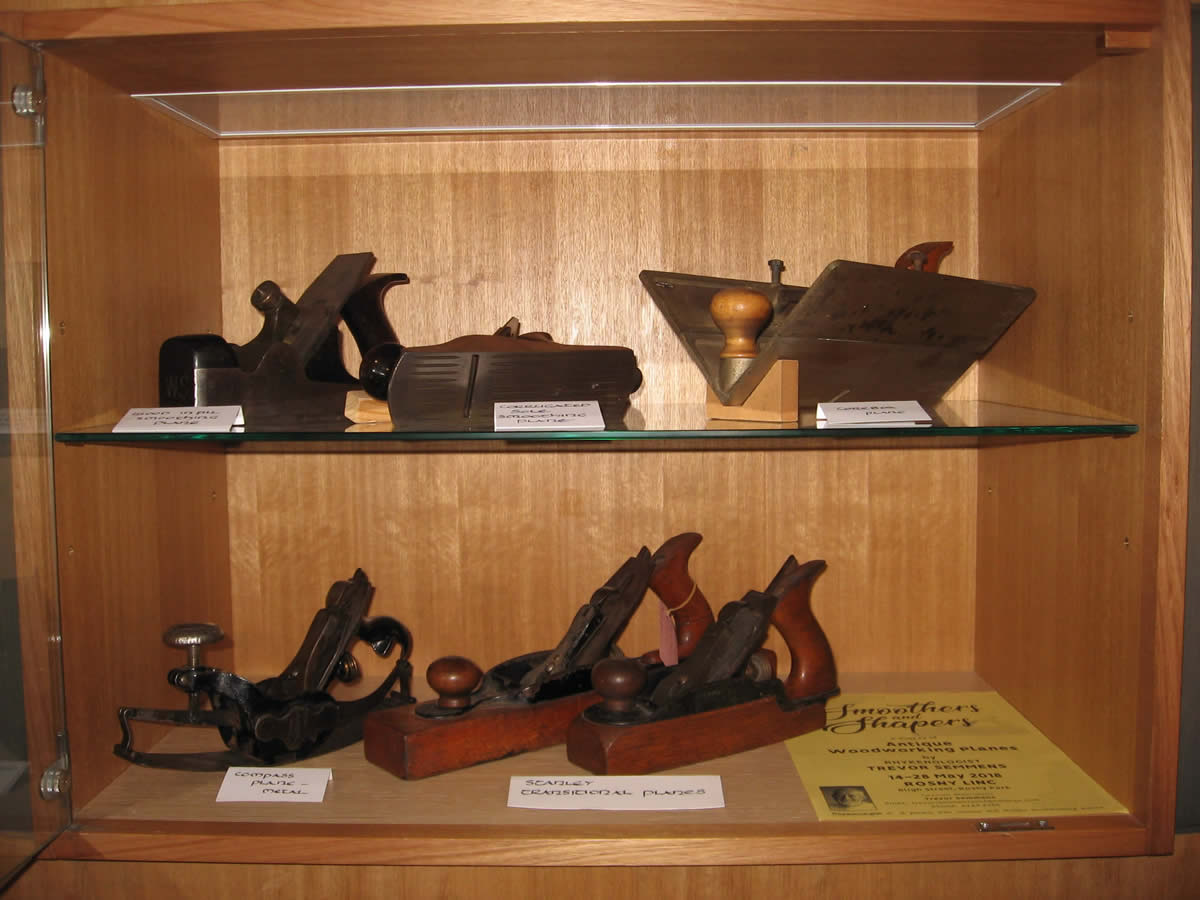