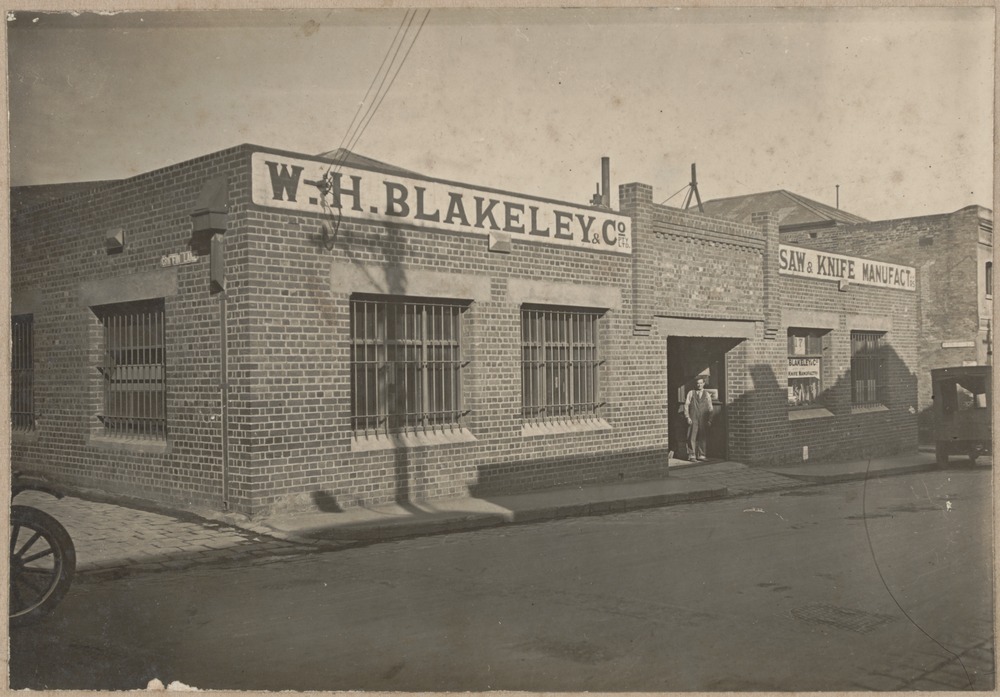 It has been suggested that Coffin Smoother, Jack and German Jacks were made, however there has not been a reported sighting of the German Jack. The few Jack planes seen may be consistent, however of the several Coffin Smoothers to hand, all are slightly different, be it the size of base, width of blade, blade marked or otherwise reflecting the various stages of development of the mechanism. Some bodies are stamped 'PAT APPLIED FOR' or 'PAT 15443, 4-6-20'.

The patent on the James' mechanism was taken out during 1920, granted 4-6-1920. The patent (see diagram below) was for "Improvements relating to wood-planing tools" and involved eliminating the need for the wedge, reducing the cost of manufacture and allowing use of a wider range of timber as it did not require the high strength timber due to reduced stress normally caused by a wedge. The complete original patent application can be viewed here: Patent No. 15,443/20.

Click on the images to see the full size image. 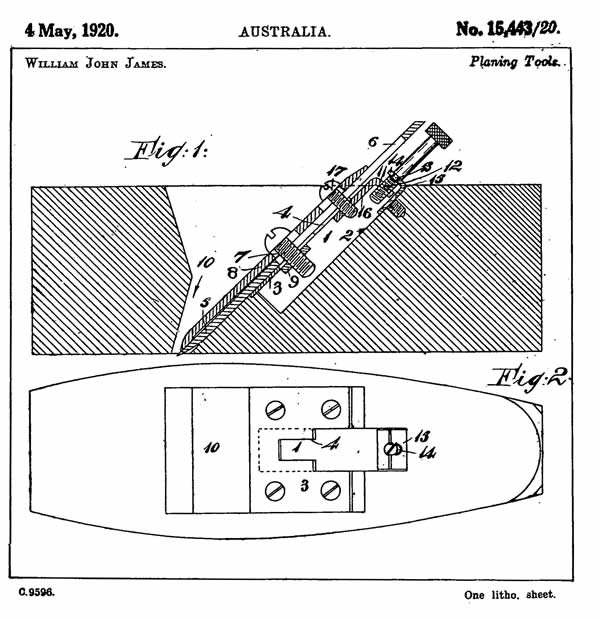 James planes are not common and the Jack is somewhat rarer than the Smoother.

If anyone has a German Jack please make contact with the Curator. 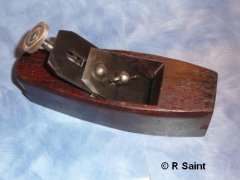 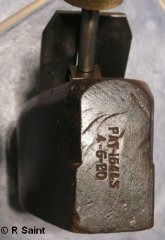 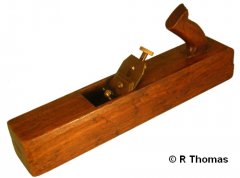 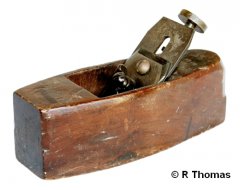 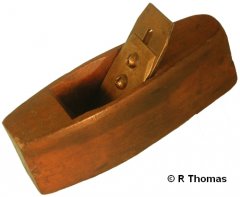 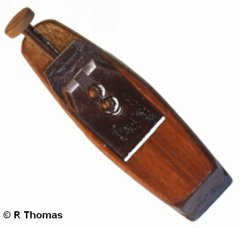 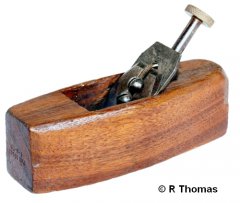 Thanks to Rod Thomas and Robert Saint for the above information and images.